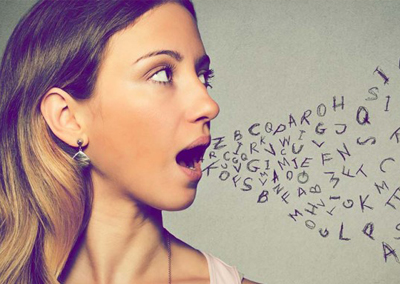 I would like to present my story about learning English. Effective ways of learning languages have always been discussed. Like almost everyone, I have been studying English for as long as I remember. I started learning as a child, after I attended some language courses at primary school and high school. I have never had enough motivation and it has always been hard for me. I could not remember the words, expressions, and despite grammar was easy, I had problems with using it correctly. I studied French philology and I had no problems with learning. Finally I accepted the fact that I did not have the talent to learn English and for me it was impossible to acquire it. This scenario had lasted until my first job and the moment when I met Agnieszka.

Agnieszka is a close friend of my colleague. She had a big ambition to speak English fluently. She found an English meeting in Wrocław in Chopper Bar near the Market Square and she persuaded me to go there to meet new people from different countries. I was really afraid, but when we went there, I saw a number of people of many different nationalities and I felt a great desire to communicate with them. I understood that so many new relations had been waiting for me, but I had to do the first step to speak English. Honestly, I am not proud of my firsts conversations, but I was really engaged and I listened attentively. Many times I repeated the same sentences: ‘I’m from Kielce. I have lived here since, etc.’ Step by step I have learned new expressions, new words. The people were very helpful and full of understanding. Now when I am thinking about that time, I assume that thanks to the first evening in Chopper Bar I started meeting new people. Now I have friends from India, Spain, Hungary, Belgium, Russia and even Mexico. When we have the chance to meet, we always have a great time and lots of fun and I can take part in some events or barbecues in an international environment.

I know that it sounds a little bit cliché, but the ability to speak English had opened my door to something new, fresh, and thanks to that I even became more open to new people. I also understood that if we really want to do something, and we do it because we want to, not because someone forces us to do so, we are able to make a rapid progress and start reaping the fruit of our work.