Murder on the Orient Express – recenzja 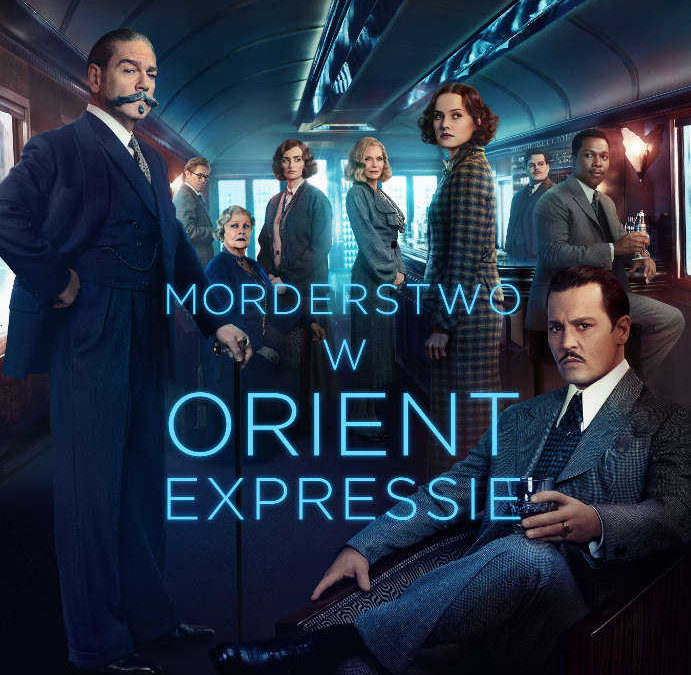 Watching movies based on books is always a little risky, you have great expectations and even greater fears. When you watch adaptations you want to see the world on the screen as you have imagined it during reading. We remembered about it when we decided to watch Murder on the Orient Express.

The movie has got everything to be a box-office hit. It is the latest adaptation of the 1934 novel of the same name by Agatha Christie, which means suspend-filled and unpredictable mystery tale. The story follows Hercule Poirot, the world-greatest detective, as he solves the murder on the famous trans-European train in the 1930. Agatha Christie created a masterpiece plot that keeps you on the edge of your seat from the beginning and the same you feel when you watch the movie.

It is beautifully directed, scenography is polished in every detail and feels like you are inside a luxury train. The cast includes all-stars in supporting roles: Penélope Cruz, Willem Dafoe, Judi Dench, Johnny Depp, Josh Gad, Derek Jacobi, Leslie Odom Jr., Michelle Pfeiffer, and Daisy Ridley, and they are perfect in their roles. If you have never read any Agatha Chrisite’s book or you have never seen any movies based on her novels you would definitely like this movie and you probably should stop reading this review, but if you are a fun of Hercule Poirot you could be a little disappointed. The role created by Kenneth Branagh, who also directed the movie, is the biggest weakness of the production. His portrayal of Poirot is unconvincing, out of character and flat compared to supporting roles.

Concluding, it’s not a bad movie it’s just not as great as it could be.